Infected ‘The Night of the Virgin’ Clip Gets Pregnant!

by Cleopatra Entertainment Posted May 31, 2018 News No Comments

Via: bloody-disgusting.com
Cleopatra Entertainment infects us all with Roberto San Sebastian‘s black comedy-horror The Night of the Virgin on June 12th, Bloody Disgusting learned.

“The Night of the Virgin stars Javier Badola as a lonely young man who attends a New Years Eve party with the intention of losing his virginity.

After midnight he finds himself alone and rejected until a middle-aged woman (Miriam Martin) invites him back to her apartment. What promises to be an epic sexual debut turns into his worst nightmare when he discovers that the woman has a perverse occult agenda.

Here’s an exclusive clip in which we see this young man screaming in pain and catch a glimpse of his stomach… he’s pregnant with something. 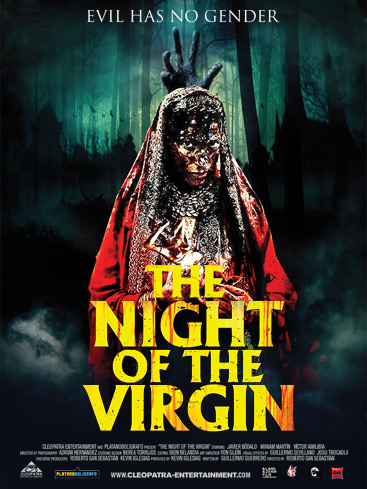