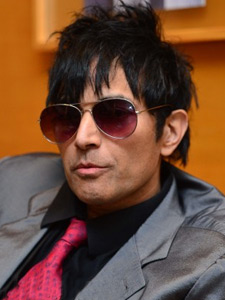 Cleopatra Entertainment is the film division of long time L.A.-based indie label Cleopatra Records, most known for promoting dark and experimental music. Beginning in 2015, the company has distributed, developed, and produced several films most of which have a strong horror and/or music component. The company has focused primarily on the home video market through partnerships with NY-based film distributor The Orchard as well as AMPED Music Distribution, and MVD Entertainment Group. However, recent projects have shown that the company is capable of theatrical distribution as well.

Cleopatra Entertainment officially began in 2015 with the U.S. release of the documentary/concert film about German heavy metal band Scorpions called Forever And A Day. This was followed in August of the same year by the company’s first major production, Alleluia! The Devil’s Carnival, the second installment of the cult horror musical franchise from director Darren Lynn Bousman (director of several installments in the Saw) and writer Terrance Zdunich (of Repo! The Genetic Opera). In addition to financing the film, Cleopatra produced the Blu-ray and DVD releases and also released the official CD soundtrack, which included all of the musical numbers from the film featuring likes of Paul Sorvino, Barry Bostwick, David Hasselhoff, Ted Neeley, rap icon Tech N9ne, Emilie Autumn, Adam Pascal, Butcher Babies, Nivek Ogre, and more!

In 2016, Cleopatra Entertainment released its second music documentary to the home video market, this one about UK punk band The Damned, called Don’t You Wish That We Were Dead, which premiered a year earlier at the SXSW Film Festival.

Cleopatra Entertainment also purchased the vampire thriller Blood Trap, starring Gianni Capaldi , Costas Mandylor, and Vinnie Jones, and released it to the home video market in October of that year. Also in October 2016, Cleopatra brought the twisted romantic comedy StalkHer starring Australia’s John Jarratt (of Wolf Creek) and Kaarin Fairfax, to US audiences. Finally, the company will also see a theatrical release for the heartwarming, real-life story of a man and his cat, A Street Cat Named Bob, based on the best-selling book of the same name by James Bowen.

Coming productions for the company include more thrillers such as The Devil’s Domain (starring Michael Madsen), The Black Room (starring Lin Shaye), and The 27 Club (based on the well-known “ 27 Club ” legend). 2017 will also bring dramatic offerings including, Steven, the biopic of The Smiths frontman Morrissey.