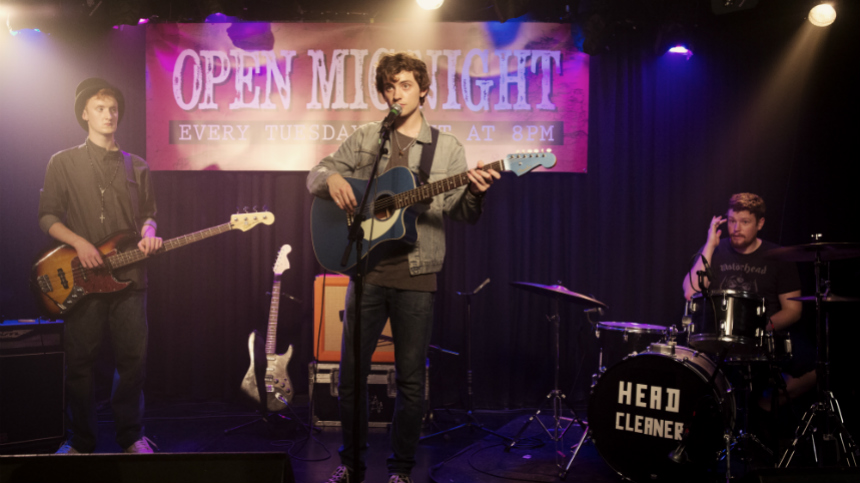 I love this clip from Modern Life Is Rubbish because it gives us a taste of the punchy humor in the film, as well as a taste of the guitar-driven music that provides, not only the soundtrack, but also the lifeblood of the story.

It’s drawn from the jitters, as a new band is about to debut in front of a live audience, which includes at least one young woman who is devoted to one young man in the band. Can the boys deliver their first song without falling apart? Can they possibly win the heart(s) of anyone listening? And can they survive the brutal introduction?

Here’s the official synopsis: “Brought together by their shared love of music, ten years on Liam and Natalie are at breaking point. In their case, opposites attract but don’t necessarily work long-term. Making the difficult decision to separate, they must split their prized music library. But the sound track that defined their relationship keeps pulling them back together.”

Modern Life Is Rubbish opens today in the U.S. via Cleopatra Entertainment; it will open in the U.K. on Friday, May 4, via Universal Pictures.

Watch our exclusive clip below. Below that, we’ve got the trailer, along with three production stills and the poster.