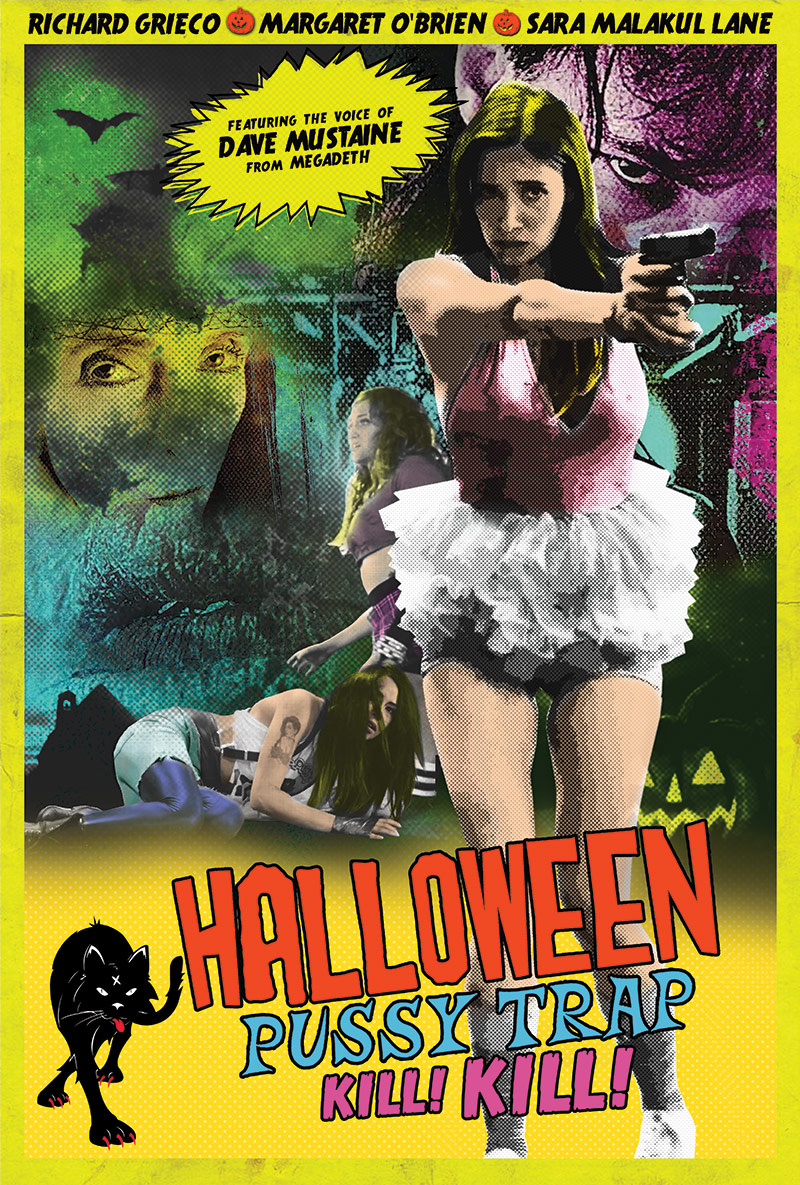 I’ve got a crazy trailer for a new horror thriller called Halloween Pussy Trap Kill! Kill!. I don’t know if you’re familiar with the filmmaker Russ Meyer, from the 60s and 70s, but it totally seems like this is the kind of movie he would have made in the style of Saw. Meyer is behind such films as Faster, Pussycat! Kill! Kill!, Common Law Cabin, Finders Keepers, Lovers Weepers!, Vixen, Beyond the Valley of the Dolls, and more. They are all very grindhouse-style type movies.

Anyway, if you’re familiar with his stuff, then Halloween Pussy Trap Kill! Kill! is a film you’ll probably enjoy. Here’s the synopsis:

The movie was directed by Jared Cohn and stars Sara Malakul Lane, Richard Grieco, Demetrius Stear, Margaret O’Brien and Dave Mustaine, who is the frontman of Megadeth. Cleopatra Entertainment will release the film on October 27th in theaters.