The first and least useful observation I have to make about Tam Cam: The Untold Story is that it suggests that Vietnam has much better fairy tales than the rest of the world. Here’s what I mean: the film, directed by Veronica Ngô Thanh Vân from a script whipped together by a small army of writers, is based on “Tấm Cám”, a traditional Vietnamese folk tale that is either based directly on the European story variously known as “Cinderella”, “Cenerentola”, or “Cendrillon”, or (as is more likely) was significantly influenced by the French version of the story during that country’s colonial occupation of Vietnam, because the details are absolutely too damn close for parallel evolution, or even a shared ancestor. The film’s first hour is exactly “Cinderella”, in details too specific to be coincidental. 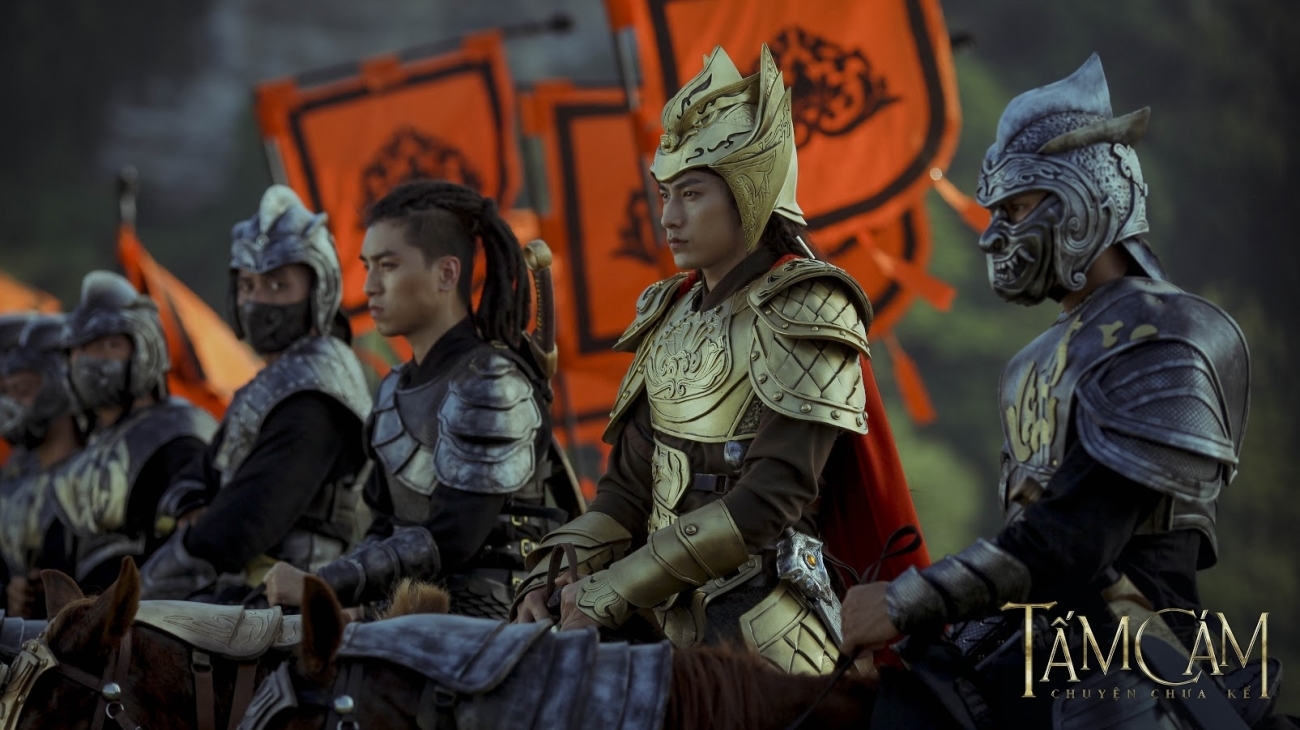 Which is fine and all, but whereas the European story end with Cinderella wedding her prince and graciously forgiving her awful stepmother and stepsisters, Tam Cam is just getting revved up. In this story, the stepmother (played by by Ngô herself) is so furious at her stepdaughter, Tam’s (Hạ Vi) victory that she up and murders the girl by tricking her into climbing a tree and then cutting it down; Tam’s maniacally cruel stepsister Cam (Ninh Dương Lan Ngọc) then manages to finagle her way into the prince’s (boy band star Isaac) affections, but Tam comes back as a bird, and meanwhile, the prince has to wage war against the evil scorpion warlock attempting to take over his kingdom. It’s packed to the gills with all kinds of stuff, and while the family-friendly movie does remove some of the story’s most ghoulish extremes (the story has the Titus Andronicus dinner scene, and we’re meant to take this as part of Tam’s exciting triumph over her nasty tormentors), it still has way, way more going on than any telling of “Cinderella” in prose or on screen that I’ve ever encountered.

Frankly, I kind of adored it. It’s got a lot of problems, not least of them being that the male romantic lead is a front man for the boy band that Ngô produces when she’s not being a film director, actor, and model (note that you will be able to see her in Star Wars: The Last Jedi, presumably in an annoying small role that has obviously been cut down). In fact, all of the acting is at least slightly awful, though most of the time, it’s all part of the fun of the thing – this is especially true of Lan Ngọc’s venal, dizzy Cam, and Thành Lộc’s hugely campy performance as a Bụt, an old man spirit which the subtitles rather freely translate as “fairy godfather”.

For the most appealing thing, by far, about Tam Cam is that it’s so resolutely unserious about being a fluffy, silly fairy story. At times this goes far enough to be rather annoying, particularly in the substantial amount of humor that draws from wholly anachronistic attitudes, in a manner that drifts too far towards insincerity. This is particularly distressing given how enormously sincere the movie is, in general, about playing fair by the random narrative logic and psychological essentialism of fairy tales. None of these events, nor these people, are in the least bit plausible. They’re all brightly-costumed cartoon smudges of pure good or (more often) pure evil. And because of this, the films tone is buoyant and delightful, and Ngô’s disinterest in grounding this at any level deeper than the feverish “this happened and this happened” logic of the bedtime story ends up paying substantial dividends once the film breaks away from the “Cinderella” model and turns into a go-for-broke action epic, mixing wuxia and wire-fu with romantic intrigue and the endlessly petty villainy of Cam and her mother.

It’s a lark, nothing more, and even as two hours is a bit long for what amounts to a tossed-off children’s fantasy, Tam Cam covers so much ground and moves so quickly that it’s quite hard to explain how those two hours could possibly have been sufficient to move us from the smallness of the beginning all the way to the cavernous monster fight at the end. That upbeat, laughing sensibility almost ends up being sufficient to cover up for the film’s most obvious flaw, which is that it’s a bit cheap and threadbare. There is not very much CGI used in the film, but all of it looks slightly crappy. Moreover, the film’s fight sequences are impressive mostly as a factor of how few people are involved: the wire-fu fight about three-quarters through is damned good, but the big battle sequences involving dozens of simultaneous sword fights mostly serve to show that the filmmakers didn’t have much of an eye for fight choreography (though the sound design is almost preposterously good).

Still, the mildly cheesy quality that comes along with the budget ends up fitting Ngô’s overall mood of unfussy, silly fun. Tam Cam might have the content of an epic, but it has the energy of a bunch of kids running around in the back yard. Running around in beautiful, boldly-colored costumes, but still, it feels more like a big game of dress-up than an actual movie. And I think that is exactly the way it should be: too little of modern fantasy is willing to engage on the level of traditional folklore, with its enthusiastic strangeness and mythic insubstantiality, and I find Tam Cam unabashedly endearing on those grounds, even if it never argues (or attempts to argue) that it’s anything but trivial, high-spirited entertainment.