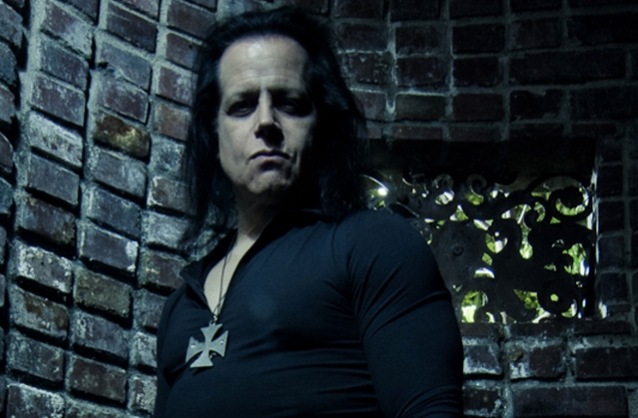 A “sneak peek” of a few of the scenes from Glenn Danzig’s upcoming “Verotika” feature film directorial debut is available below. The film, which is currently in post production, will be structured as an anthology splitting its running time between three individual characters/storylines based on Danzig’s own popular Verotik comic book characters. Glenn penned and composed music for the movie, which stars Kayden Kross, Ashley Wisdom, Rachel Alig and Alice Haig, among others.

In a 2018 interview with Revolver, Danzig stated about “Verotika”: “It’s an anthology. Have you ever seen ‘Black Sabbath’ with Boris Karloff? ‘Trilogy Of Terror’ with Karen Black as the lead in the three different stories? In my movie, each part is between 25 and 35 minutes.”

Asked how working with actors compares with a band, Glenn said: “So far, my experience has been pretty good. Anybody who’s hard to work with I’ll just kick off my set.”

Verotik is Danzig‘s long-running brand of mature horror comic books and related material. The comics, featuring mostly deadly femme fatales, have been in print since 1994.

As DANZIG’s “VEROTIKA” film nears completion in post production we thought we’d show the faithful DANZIG Fans & Verotikaholics an advance ‘Sneek Peek’ of a few scenes.”VEROTIKA” will be GLENN DANZIG’s feature film directorial debut.
Gaze your eyes upon these:”