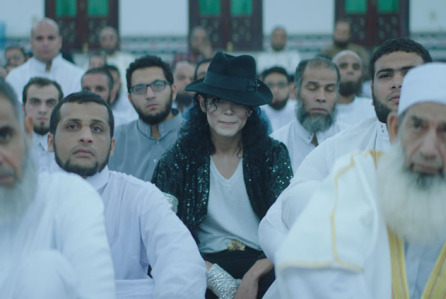 Cleopatra Entertainment has acquired North American rights to Sheikh Jackson, the Michael Jackson-themed pic that Egypt has selected as its entry into the Official Selection for the 90th Academy Awards. The movie was an official selection at last month’s Toronto Film Festival, and now an early 2018 theatrical release is planned.

Co-written and directed by Amr Salama, the film follows El Feshawy, who plays an Islamic cleric obsessed with Jackson as a teenager. After hearing the news of his childhood idol’s tragic death in 2009, his grief causes him to undergo an identity crisis that threatens his faith. Ahmed El Feshawy, Ahmed Malek and Maged El-Kedwany star in the pic co-written by Omar Khaled.

Cleopatra is the producer-distributor founded by Cleopatra Records head Brian Perera and has made recent deals for England Is Mine and A Street Cat Named Bob. Up next in theaters for them is Halloween Pussy Trap Kill! Kill! on October 27.

Brian Perera and VP/GM Tim Yasui brokered the Sheikh Jackson deal with Ida Martins of Media Luna on behalf of the filmmakers.