In Devil’s Revenge, a down-on-his-luck archaeologist returns from a cave expedition that contains a cursed relic that’s also a portal to Hell. He discovers that the only way to stop the curse on his family is to go back to the cave and destroy the relic. When director Jared Cohn was hired to direct William Shatner in the new sci-fi horror film, he thought it’d be fun to team him with a fellow Star Trek alum, in this case Jeri Ryan. So he did. We caught up with Jared to talk about how he dragged the Trekkies to hell.

Jared. You’ve become, rather quickly, a go-to guy for horror movies. Was that always the plan – to be the next Wes Craven or John Carpenter?

Jared Cohn: I wouldn’t say rather quickly, I’ve been in LA for a bit. Pretty much right after High School I moved to Hollywood. Always the plan is to make the best movies I can. Nobody can fill the shoes of Wes Craven or John Carpenter, those guys are legends who made memorable cinema.

My first feature film I directed was a horror I wrote, called The Carpenter Part One: And So They Died. There was never a part two. But I learned quite a bit on that one, and learned a great deal on my second film Underground Lizard People. Both were crazy experiences.

And how do you think you’ve improved as a filmmaker since then?

Jared Cohn: 30 movies later, I learned a lot. Every movie or shoot, or direct, I try and grow somehow, by doing something slightly different. Sometimes it works, sometimes you embarrass yourself. But that’s part of the growth, you have to fail and learn, and do better next time. Learn being the key word.

Has the industry changed much since you started?

Jared Cohn: Yeah, I’ve seen a shift overall, but the fundamentals have been the same for many years on both the business and on the production side. You have to be able to adapt, think outside the box.

There’s fewer theatrical releases now, possibly more than ever, because of the popularity and accessibility of digital streaming platforms. Is that a pro or a con for a filmmaker like yourself?

In an ideal world, would Devil’s Revenge go theatrical? Would that be your recommendation?

Jared Cohn: It’s premiering at Canada’s old movie theatre, October 1st – a beautiful theatre in Toronto, and then it’s going to be run there for a while. So, I guess that would be considered somewhat of a theatrical release. Getting a big release is expensive.

At the same time, I imagine it’s great for horror fans that they’ll be able to all see this, at the same time, no matter where they are across the country because of digital?

Jared Cohn: Oh yeah – that’s the great thing about VOD. People can watch any movie at anytime. And there are so many channels, and there’s going to be a ton more coming, so pretty much every title will be available to watch.

When did William Shatner get involved?

Jared Cohn: Well he wrote the story, so he actually brought the project to us, Cleopatra Entertainment and Brian Perera asked me if I was interested in directing the movie and of course I accepted because I’m a huge fan, and the screenplay was written by the late, great Maurice Hurley, writer of The Next Generation, and he created The Borg.

And how was he?

Jared Cohn: Shatner is a beast. He’s so on point, sharp as a tack. When he steps on the set, everybody perks up.

Has he still got? Did he jump right in?

Jared Cohn: Oh yeah, he is fearless. He knows exactly what he’s doing.

Could you see him doing one more Star Trek movie?

Jared Cohn: That would be awesome. I hope so.

Speaking of, you’ve another Trek alum in here – Jeri Ryan. Whose idea was it to cast her? Because it’s a stroke of marketing brilliance!

Jared Cohn: I humbly take credit for her being in the movie. I am such a Star Trek fan and a fan of hers that I thought it would be cool to have some alums in there.

And both Shatner and Jeri play roles dissimilar to those that they’ve played on Star Trek – which I guess they would’ve found refreshing?

Jared Cohn: If I was known for a role I did, then I probably wouldn’t want to keep playing it. Actors like to do new things, for the most part.

You act, too. Did you consider playing a part in this one at any time?

Jared Cohn: No, I find it difficult to direct and act at the same time. Perhaps, on a longer schedule where I can take my time transitioning from director to actor and back and forth – it’s hard work. I’ve done it. It’s tough, but it is doable. Perhaps down the road.

Did you shoot this during the legal troubles you experienced with the Lynyrd Skynyrd project you were doing?

Jared Cohn: Oh yeah. It was tough because that was very consuming, the legal battle. A few times I came right off set and had to talk to a lawyer. That whole ordeal was insanity. They sued us, they won, we appealed and we won. Now the movie can come out.

That film, about the iconic band and the horrible plane crash, is complete now right?

Jared Cohn: Yes. It has just been submitted a variety of film festivals, and I’m hopeful it will get accepted and premiere at a good festival.

How different a film is it than Devil’s Revenge?

Jared Cohn: Completely different. One is a horror, action – the other is a period piece/biopic/plane crash movie. Hopefully they each will stand on their own.

Devil’s Revenge will be released on VOD platforms on October 1st, followed by a DVD and Blu-ray release on October 22nd. 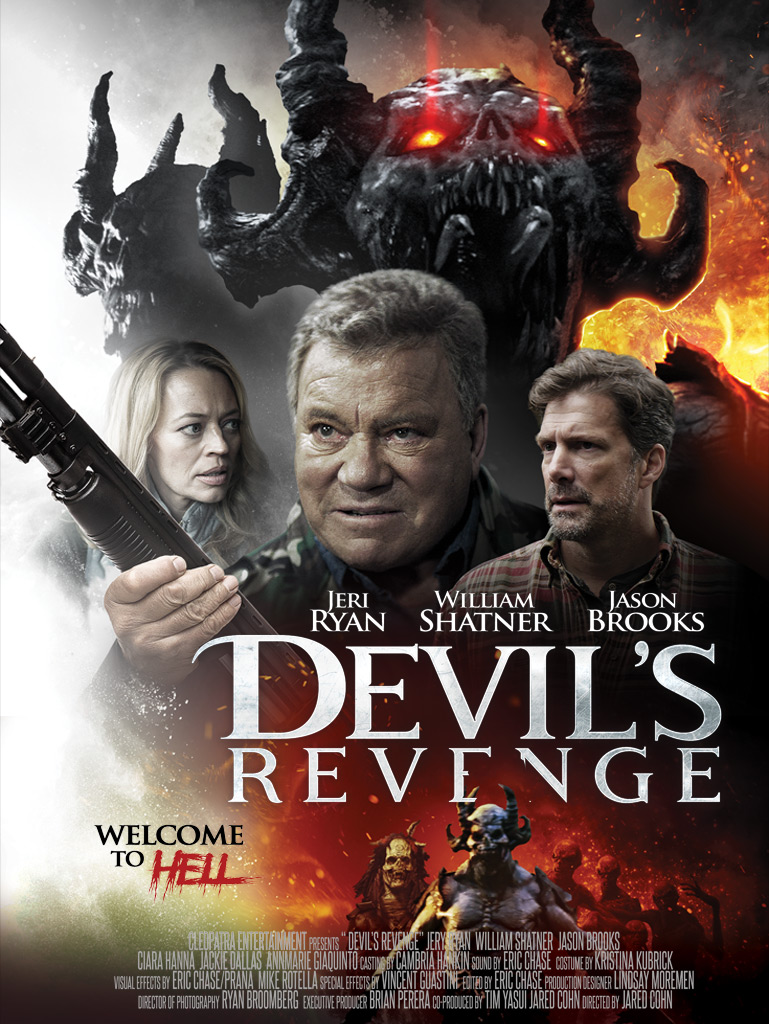